There was no banking facilities in Greenbelt when the first families moved in. So a group of pioneer residents put their heads together and decided to organize a credit union. Greenbelt Federal Credit Union was issued a charter December 13, 1937. It became the first community credit union in the area and the first financial institution in Greenbelt. The new organization thrived and steadily increased in size, assisted later by the co-op store operations, which provided space without charge for the expanding credit union.

In 1952, Greenbelt Federal Credit Union was faced with its greatest challenge. The Public Housing Administration was selling the Greenbelt project and announced that down payments on at least 500 of the homes must be made by the end of the year in order for the resident-formed corporation to buy the project. The Credit Union was swamped with loan applications and its funds were soon exhausted. Additional funds were raised through a campaign for savings and by borrowing from another credit union.

Today, the Credit Union has over 2800 members.

What is a Credit Union?

The Credit Union is a not-for-profit financial cooperative owned and run by its members. It was formed to provide savings, loans, and other related financial services. The Board of Directors is elected annually by the members at its annual spring membership meeting.

The National Credit Union Administration (NCUA), an agency of the federal government, insures each member’s deposits up to $250,000 with a separate $250,000 for Individual Retirement Accounts (IRAs).

Another reflection of people helping people, Greenbelt Federal Credit Union is involved in its community, providing support to local groups, events, and fundraisers.

Twice a year, Greenbelt Federal Credit Union (GFCU) sponsors a shredding day with the City of Greenbelt. Generally, this three-hour event generates about 10,000 pounds of paper, the equivalent of saving some 90 trees.

Other annual support includes Greenbelt’s Labor Day Festival, National Night Out and a fundraiser for school supplies for Kids in Need. As a key tenant in the Roosevelt Center, Greenbelt FCU is an active partner in the Greenbelt Coop Alliance and Roosevelt Center Merchant Association 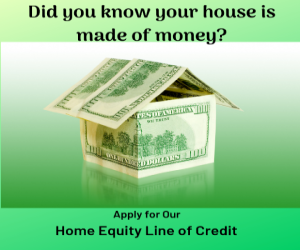